The group that meets the requirements of the ACCC authorisation and ensures that the system and resolution facilitator are regularly monitored.

An ARIA and APRA nominated songwriter, member of the Music Victoria Artist Advisory Panel and Guild of Screen Composers, Jake Mason is a 20-year quiet achiever of the Australian music industry.

Jake’s co-write ‘This Girl’ (Kungs Vs Cookin’ On 3 Burners) which charted at number 1 in 10 countries, has over one billion streams and was the most shazamed dance track worldwide in 2016.

Bridging jazz/soul and pop, Jake has released 15 albums and established his own label and studio Soul Messin’ Records. He manages the business affairs of Cookin’ On 3 Burners.

Jake has worked with artists including Tex Perkins, Richard Clapton, Josh Teskey, Kate Ceberano and Eric McCusker and develops the next generation of songwriters through mentoring initiatives including APRA’s ‘Melbourne Sessions’ and long-term association with Caulfield Grammar.

Jake is a graduate of the Victorian College of the Arts, is deeply engaged with the Victorian music scene and is excited to contribute to the dynamic momentum of Australian music. 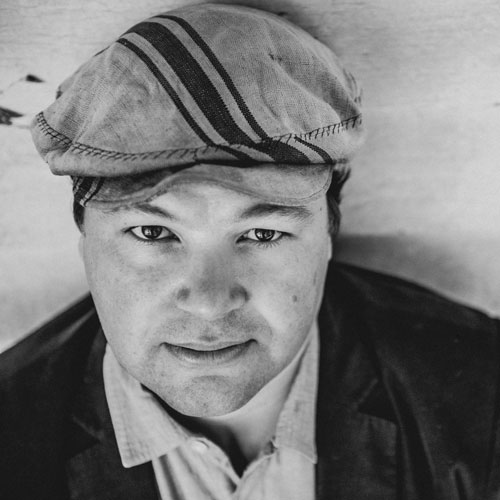 “Described by The Music Magazine as “Melbourne’s high priestess of soul”, Kylie Auldist has over 20 years experience as a vocalist and songwriter.

Kylie is the soulful voice behind the 2016 worldwide hit ‘This Girl’ (Kungs vs Cookin’ on 3 Burners), the leading lady of Australian funk/soul group ‘the Bamboos’ and a celebrated solo artist.

In 2009 Kylie signed a solo deal with UK’s Tru Thoughts records releasing three critically acclaimed albums ‘Just Say’ (2008), ‘Made of Stone’ (2009) and ‘Still Life’ (2012) and in 2016 she released her fourth solo album ‘Family Tree’ on Freestyle Records (UK). Both ‘Made of Stone’ & ‘Family Tree’ won the coveted AGE Music Award. With her 2016 release Family Tree touching upon her earliest musical passions; the follow-up album (due in 2020) is quite firmly entrenched on an electro boogie tip, rooted deep in the NY club scene of the early 80’s.

Kylie is also an in-demand international session vocalist. She has sung on collaborations with Boy George’s long-time producer Marc Vedo and had underground club hits with UK artists Flevans & Aldo Vanucci. Kylie has also mentored for the Push and Box Hill Institute.

Find out more about Kylie at https://www.kylieauldist.com/ 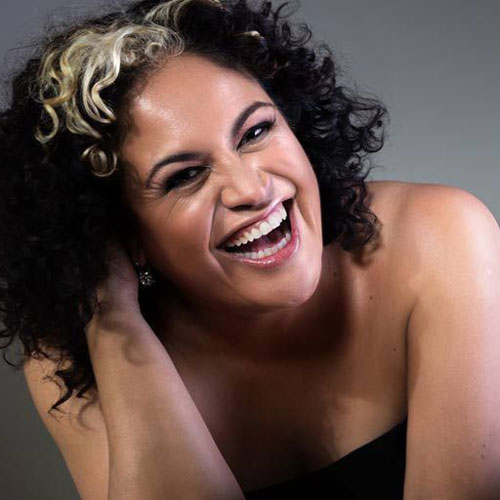 Hugo Race is a multi-disciplinary artist in music, sound, word, and imagery. In an international career spanning 35 years with contemporary music at its heart, Hugo has written and sung on over 40 albums released by both major and independent labels. Hugo delivers intense sonic soundscapes that merge folk, experimentalism, electronica and rock.

Hugo performs in and manages his bands and projects in different parts of the world, from giant festival stages in Europe and Africa to small theatres in Argentina and Australia. Hugo has produced records in Istanbul, Bamako, Sicily, Brussels and Berlin. Hugo has scored movies, acted and sung on film, and in theatre, and travelled the world with a laptop and a guitar as a solo performer. Hugo has published an account of his musical journey over three decades in the book Road Series.

Hugo’s first professional role on the international stage was as a founding member of Nick Cave & The Bad Seeds. Hugo has had songs published by Mushroom Music, Mutesong, Universal Music, Freibank Muskiverlags and he is currently signed with Peermusic Australia. Since 1995 Hugo has been a contracted recording artist with Glitterhouse Records (Germany).

From his years in the business, Hugo also has a broad range of experience managing multiple parallel projects, branding, marketing and promotion. Conversant in 4 languages, Hugo continues to pursue his vision and collaborate with other artists internationally, living between Australia and Italy. 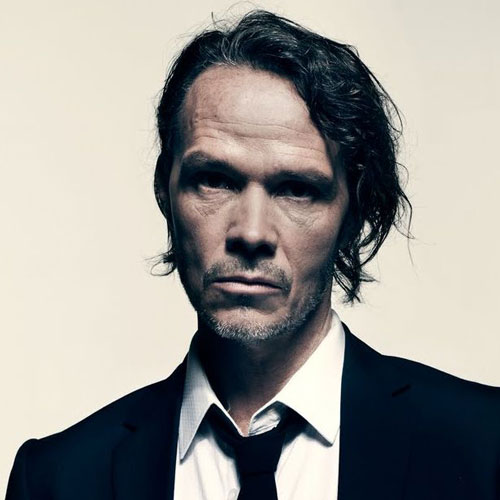 Paul Greene is a writer and producer based in rural NSW. Paul has a lifetime of experience in all areas of the creative and entertainment music industry. Paul has run his own independent record label since 2000 and also worked as a producer and co-writer for dozens of artists.

In 2000 Paul joined the Australian band Ghostwriters with (Midnight Oil’s) Rob Hirst and Rick Grossman. Later Rob and Paul rereleased Hirst & Greene (in the stealth of summer 2004) and are currently working on a new album.

Paul is an APRA Ambassador and has been an APRA PDA awards judge as well as a judge for Vanderbilt and Young international Songwriting competition. He has also been a Culburra festival committee organiser and is currently Chair for the board running the community run Shoalhaven River Festival through Shoalhaven City Council. 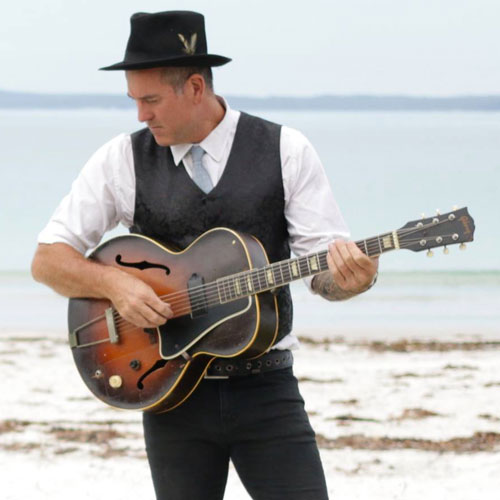 Andrée Greenwell is a composer and artistic director, working across mainstream and experimental platforms within the Australian performing arts, screen arts, and radio.

More information can be found at www.andreegreenwell.com 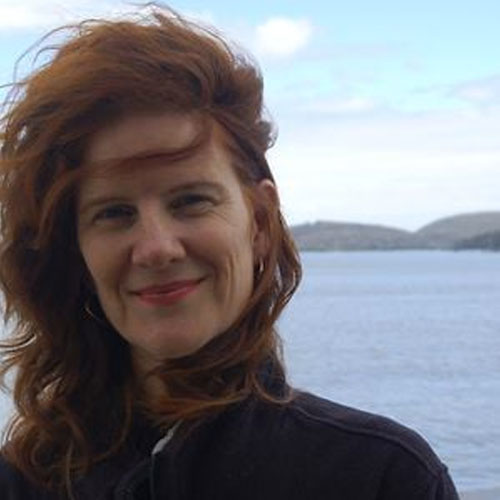 Xavier Fijac is a Sydney based composer/writer and lawyer who has worked in popular music, film and television soundtrack and music, advertising and promotional music and sound design. Most recently Xavier supervised the soundtrack for an Australian feature with a theatrical release (Teenage Kicks 2016). Xavier is also a recording artist and was a member of the Sydney band ‘Decoder Ring’ from 2004.

As a lawyer Xavier has experience in technology contracting and IP litigation, including acting for clients in the music industry. He currently works in technology for the banking and financial services sector.

Since 2016 Xavier also been a member of the board of directors at FBi Radio. He has a Graduate Diploma in Sound from AFTRS, a Bachelor of Arts (Media and Communications) and a Juris Doctor (Law) from UNSW. 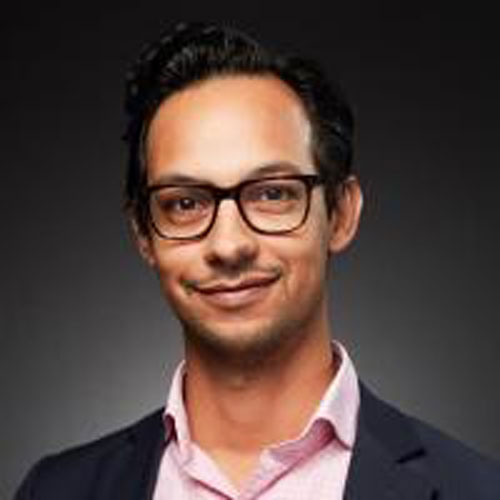 Harley is the founder and CEO of POSmusic, a music marketing platform built for business. POSmusic assists brands by finding and leveraging the right mix of music and digital to drive sales and ROI. Harley oversees senior management, business development, product, licensing and operational teams at POSmusic.

Harley has been building scaleable business processes specialising in branding, content marketing and music technology over a 15 year period. Prior to founding POSmusic in 2015, Harley was the Head of General Licensing and Founder/CEO of Media Stream.

Harley has over 10 years’ experience in film, television, music, brand and digital product development, and has also worked as a freelance camera operator, sound recordist and mix engineer. 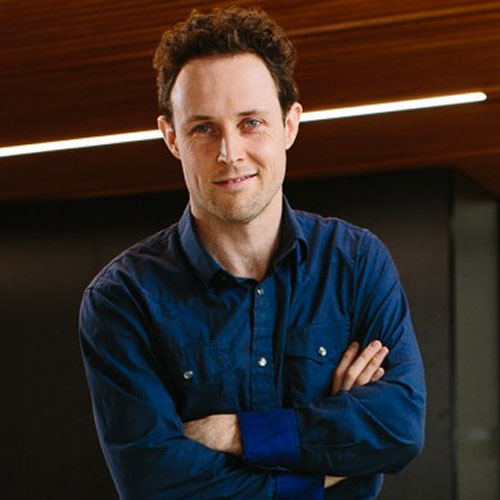 Evelyn has extensive project management and Board experience with more than 25 years in government, NPO and private sectors. She has a BA MA (First Class Hons) and Diploma in Company Directorship (Order of Merit) and is a Graduate Member of the AICD. 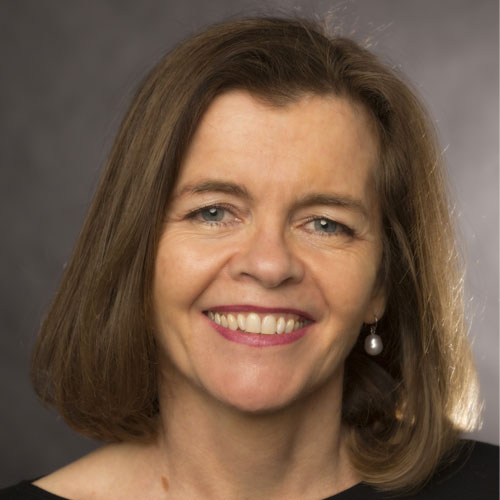 Stephen is the National CEO of the Australian Hotels Association. He has extensive experience with boards and committees including work with the Brisbane Racing Club and Racing NSW. Stephen has an Associate Degree in Law and a Master’s of business Administration. His skills range from marketing to experience in dealing with budgets, project management and alternative dispute resolution. 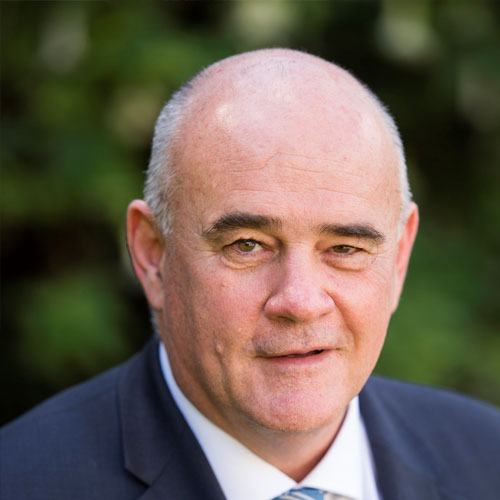 Maree is a registered BAS agent operating in Wodonga, Victoria and she represents small business music users on behalf of Wodonga Specialist Obstetricians and Gynaecologists.

Maree has a broad range of experience in practice management and financial administration in the medical and health industries, including knowledge of customer service, practice accreditation and compliance, business management, project management and staff education.

Maree has committee experience through her roles with the management committees of Toastmasters Albury Wodonga, Yackandandah Health, and the Wodonga Specialist Obstetricians and Gynaecologists. 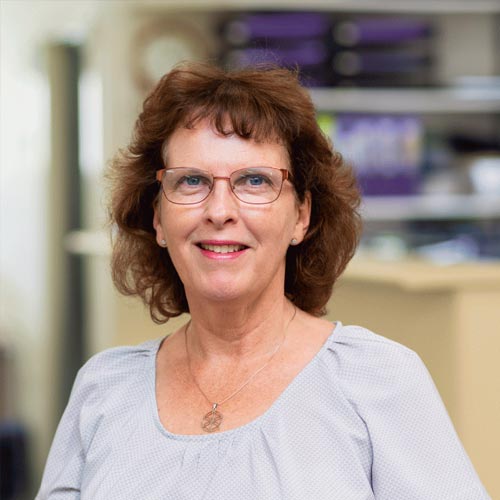 Ben is a Perth based sound designer, composer, musician, co-writer, producer and editor. Ben started composing for theatre in 1988, then for advertising and short film. Later he also started doing sound design and mixing to evolve into two main creative areas. Film Sonic for sound design and audio post www.filmsonic.com.au and his work as a composer www.benchase.com.au.

Ben has composed and recorded numerous scores, including for drama, animation, short film and commercials. He has produced for up and coming artists, and also collaborated with Paul Woseen from Screaming Jets, Dave McKinney of Flow Dynamics/Rhibosome and renowned drummer Daniel Susnjar. 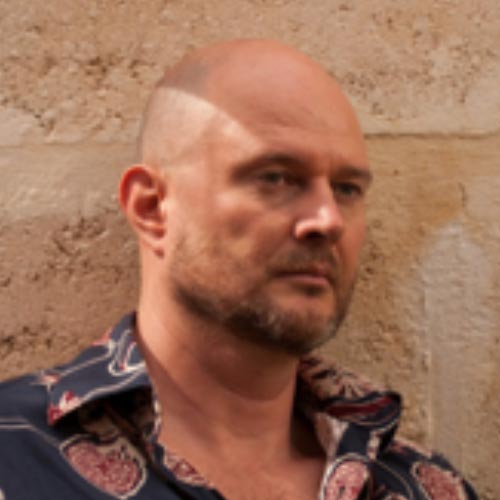 Peta is an experienced chair, board member and not-for-profit CEO with a background in both the public and private sectors, covering a range of industries including local government, tourism, hospitality and transport.

Peta has an innate ability to make connections between disparate pieces of information garnered from her involvement in multiple sectors and businesses and to apply this in shaping the strategic direction of the organisations with which she is involved. Peta believes that there is no such thing as ‘set and forget’ in today’s world and if you are not constantly improving, you are actually going backwards!

Currently the CEO of Local Government Managers Australia Queensland, Peta has been instrumental in broadening the reach of the organisation, its membership, stakeholder engagement and support and enhancing sustainability.

Peta holds an MBA, is a Fellow of AIM and AICD, Member of Women on Boards and Member of the Neuroscience of Leadership Institute. 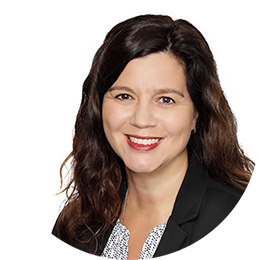 Dallas was a member of the Resolution Pathways Stakeholder Group from 2020-2021.

Holly was a member of the Resolution Pathways Stakeholder Group from 2014-2018.

Kevin Stanton was a member of the Resolution Pathways Stakeholder Group from 2014-2017. Kevin passed away on 17 May 2017. 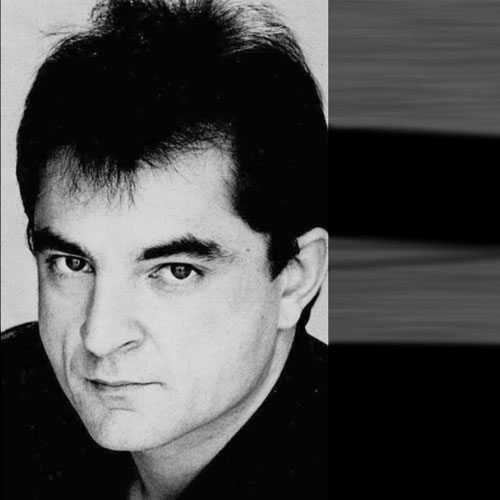 John was a member of the Resolution Pathways Stakeholder Group from 2014-2017.

Bill was a member of the Resolution Pathways Stakeholder Group from 2014-2018.

Kate was a member of the Resolution Pathways Stakeholder Group from 2014-2016.

John was a member of the Resolution Pathways Stakeholder Group from 2014-2020. 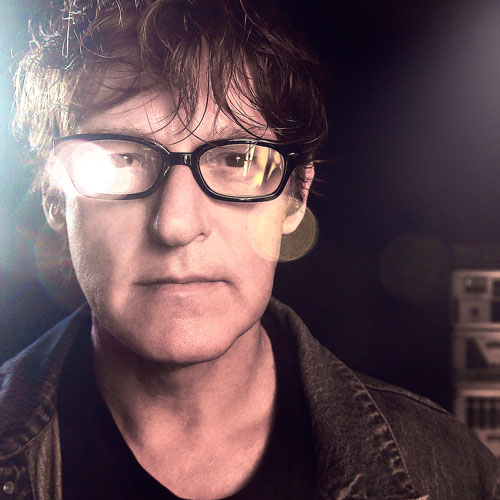 Guy was a member of the Resolution Pathways Stakeholder Group from 2014-2019. 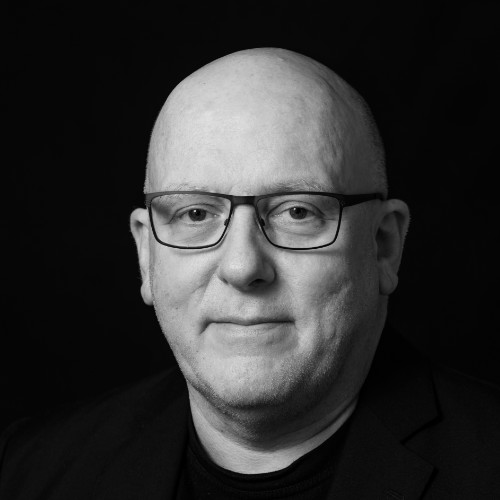